We can help. Just fill out the form and we'll call you.

Soil Gas Investigation Questions?
Talk to a scientist for a no-obligation consultation!

What is the process of a Soil Gas Investigation?

A Scope of Work is an outline of exactly what a Soil Gas Investigation is looking for and the method of how the scientists are going to find it. The scope includes the number of samples taken and the analytes we'll be test for. Scopes are very important in comparing costs between vendors. The best vendors listen to your plans and strategy for the property being tested before they offer solutions or pricing for your project.

The day the samples return from the lab is a big day for you and your project manager. At this point, we can usually tell if you have a problem and how bad the problem is. The lab usually takes 7 to 10 days to finish their work.

The Soil Gas Investigation Report is the official document reporting what results are from the tests we ran. This document can be given as proof to a lender, buyer, seller or government agency. If the results come back troubling, it can be the start of a longer process to get what's known as a No Further Remediation (NFR) letter.

Everything You Could Ever Want to Know About Soil Gas Investigations (Click Here!)

Vapor Intrusion is the ability for volatile organic compounds to migrate from contamination in soil or groundwater through porous building foundations into areas of habitation, causing risks to health and human safety by inhalation of indoor air. A soil gas investigation is what an environmental consultant performs to confirm or deny the presence of the vapor.

The contamination occupies the void space between particles in the soil as a vapor. The vapor is known as "soil gas". Through weather, pressure and temperature differentials, the soil gas migrates upward. When this gas encounters the concrete slab of a building or basement, it naturally builds up and finds pathways into the building. Often, these pathways are through floor drains, sump pump pits, cracks in the foundation and straight through the concrete itself which is surprisingly permeable to vapor. Vapor intrusion is specifically reserved for volatile compounds, which means only contamination that has a vapor phase is of concern. The two compounds we typically see as culprits of vapor intrusion contamination are petroleum and dry cleaning fluid. There are other types of contamination, such as heavy metals contamination, which don't volatilize and aren't a vapor intrusion concern.

In the environmental consulting industry, we ascribe to a standards organization called the ASTM. The ASTM released guidance on soil gas intrusion in their last standards update which was ASTM E1527-13. The "13" tacked on to the ASTM standard refers to when they were last reviewed, 2013. It was in 2013 that vapor intrusion became a focus of the Environmental Protection Agency (EPA). Each state either came up with their own standards for soil gas intrusion or adopted the USEPA's guidance.

Does Vapor Intrusion Guidance Change from State to State?

Yes, depending on the state your property is in, what I'm about to tell you can be different. I'm in Illinois. We're governed by the Illinois Environmental Protection Agency (IEPA) standards. We know the regulations for Wisconsin, Michigan, Indiana, Illinois and Iowa very well, our knowledge drops off the further you get from our headquarters. If you're looking for professionals for a soil gas investigation in your area, we can put you in touch. All states are similar though so you can get a very good base of knowledge if you read on.

Is a Soil Gas Investigation Part of a Phase I Environmental Site Assessment?

I have a Vapor Intrusion Condition on my Phase I ESA. What Happens Now?

If you have a VIC, you will most likely need a Phase II ESA which is the soil gas investigation. This will tell you if the contamination is present and if so, how bad it is.

How is a Soil Gas Investigation Performed?

An Environmental Professional (EP) comes out to your property and drills a small diameter hole through the concrete slab, hopefully in a discreet location, in an unfinished area near where they suspect the contamination to be at the highest concentration. The process is called Soil Vapor Extraction (SVE). They attach a metal fitting to the hole they drilled. Then, they attach a hose to an aluminum flask that is pumped almost devoid of air. They open the valve on the vacuum tank when it's attached to the fitting and they wait 30 minutes. The pressure rises in the tank, carrying with it the gasses in the soil. After 30 minutes the lever is closed and the contents of the tank is sent to a laboratory to test for concentrations of volatiles. These concentrations are compared to guidance by state environmental protection agencies. In Illinois, we have "TACO" which stands for "Tiered Approach to Corrective action Objectives". What it means is different types of properties, commercial or residential are treated differently. Residential properties have the most stringent restrictions, commercial properties have less stringent restrictions. Depending on the size of the suspected contamination, your EP will do Vapor Intrusion Sampling in several areas. All the sampling will be sub slab because vapor intrusion is only applicable to indoor air quality.

I've had a Soil Gas Investigation and the Laboratory Results Say I Have a Problem. What Happens Now?

You have your lab results back and they are above TACO for the use of your property. You will need to perform soil gas remediation with a mitigation system of some kind. This system will be designed by your consultant with the specifics of your property in mind. Every property is different and solutions need to be tailor made for your goals.

Passive Soil Gas Intrusion Mitigation Systems - This consists of blocking the pathways for the soil gas to enter a structure. Sometimes you can abandon floor drains and sump pump pits by filling them with concrete. Cracks in the foundation can be repaired. Concrete slabs can be sealed with a coating such as an epoxy paint. Sometimes solutions depend on if we are retrofitting an existing structure or if a new structure is being constructed. If its new construction, the building can have a impermeable membrane placed underneath the foundation.

Active Soil Gas Intrusion Mitigation Systems - Fans and pumps can be strategically placed to raise or lower air pressure to direct impacted indoor air out of the building. These sub slab depressurization systems are similar in some cases to radon mitigation systems.

It's impossible to know without knowing the specific impacts from specific contaminants and the goals you have with the real estate. An environmental consultant should have a deep and probing conversation as part of their system design interview and they should optimize your solutions to meet your needs.

Where Does A3 Environmental Consultants Operate?

Kind words from our clients.

The A3 Environmental Team completed both a Phase 1 and a Phase 2 for our property and Patrick and I couldn't be more pleased with the work they did!

I thoroughly enjoyed working with A3E on our Phase 1 studies. We were running up against some deadlines, and they jumped through hoops to get everything completed on time.

The A3E team did a great job on our Phase 1 report. They were quick , thorough and professional. They were able to give me all of the information that I needed.

Sometimes the solution to needing a Phase 2 ESA is a better Phase 1 ESA. 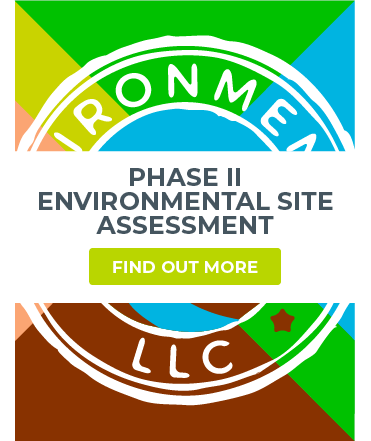 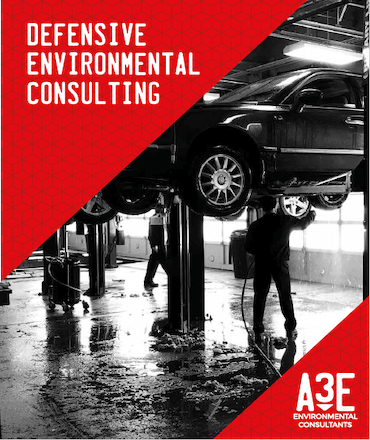 Sometimes The Best Option Is Not Doing A Phase 2 At All.

Ready to serve you.