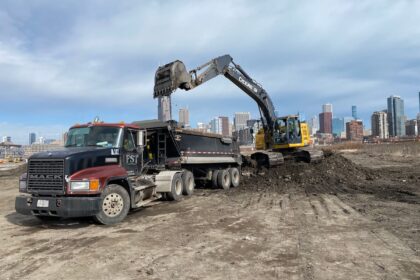 You’re probably wondering how you’ve lived so long on this planet without ever knowing how Illinois landfill pricing works. Settle down nerd. I’m not going to answer every question you have, just give you a slightly better understanding. This article is designed for regular people, new environmental consultants and trucking companies that haul clean fill, or what we in Illinois call CCDD – Clean Construction Demolition Debris and possibly hazardous waste impacted (contaminated) soil to Subtitle D landfills.

Let’s start with some philosophy.

It was hard for me to believe initially but environmental consultants and landfills are in the same “environmental” business. When the graduates we hire come to us with freshly minted environmental studies or geology degrees their image of the environmental consulting business is frequently flawed. They see themselves with the sun shining through a crystal blue sky as they cradle a baby seal in their arms with it’s big black eyes looking up at them, lovingly, while making baby seal sounds, whatever they may be.

In reality our job is often broken down into two parts.

Sometimes we control contamination onsite, sometimes it’s offsite, which is where landfills come in. In a sense, modern regulated landfills are our partners in creating a cleaner world.

I’m going to be super blunt because I feel like I need to speak to your soul. I apologize if this hurts but it’ll be better for you in the long run and eventually you’ll know it was for the best.

Ok, I just spent a lot of time explaining that Waste Management and every landfill operator is your partner in maintaining a cleaner planet. They are regulated by the government and constructed using the best technology we have in the present day. This doesn’t mean industrial accidents don’t happen. They do. But it’s not Hollywood where CEO Snidely Whiplash is looking for ways to dump old car batteries in your river. 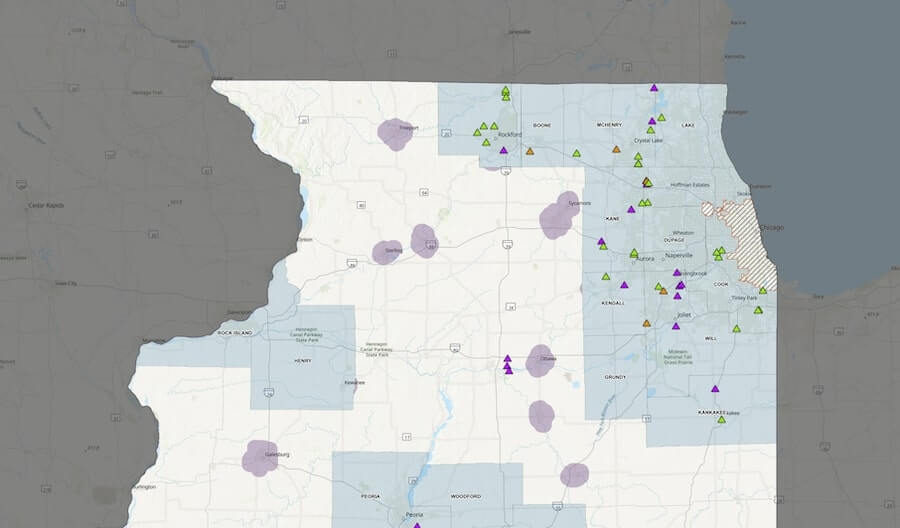 Yo, Economics? That’s what we came here for?

Ok, so the word of the day is “Natural Monopoly”. I can feel the bile welling up in your soul. Kick off those Birkenstocks and stick with me.

Landfills are socially undesirable. You don’t want to live near them, smell them or even have them at all. But people gotta people. Your fallback position is you want them, but you want them somewhere not-near-you. Often this means we put landfills out in the country (rural), a long way away from cities. Just a reminder for those of you that forgot, nature lives in the country. Other times we solve this problem by putting the landfill over by the poor people. We have an entire wing of Environmental Consulting that deals with social justice but for now, this is out of scope for what I’m writing. Before you go and get your hemp undies in a bunch, landfills don’t get permitted without government’s approval so if they wind up near the economically weak it was democracy that put them there, which means once again, your soul is responsible too.

Two takeaways from that paragraph:

Once the government has decided to permit a new landfill, which is a Herculean effort, a new wing of the government steps in. In our case it’s the Illinois Environmental Protection Agency or IEPA for short. They have all sorts of regulations that define what minimum requirements need to happen in the construction of a landfill.

To be perfectly clear, these IEPA requirements come into play WAY BEFORE the politics happen. A landfill operator needs to make sure the geology, hydrology and soils

are all appropriate when site-selecting a landfill. The site can’t just be a hole in the ground. The bottom of the landfill needs to be above the highest average level of groundwater. You don’t want groundwater filling the bottom of your landfill, you want to control and process water coming out of the landfill. This has the effect of eliminating many potential places a landfill could possibly go.

Additional concerns for solid waste disposal facilities is how to ease the hassle of getting to the facility. Keep in mind a fully loaded garbage truck weighs around 64,000 pounds. A dump truck can be pushing 80,000. You don’t want those trucks rolling through your town in a constant stream. When you place your landfill you need it near a highway with onramps and offramps.

The land is going to be expensive but it’s only going to get worse. In my research for this article I found that the preparation work, before the first truck is dumped, costs between $300,000 and $800,000 per acre. This is for all the science, engineering and technology to make sure the landfill is safe for the environment.

Let’s dwell on that for a moment. The cost for a landfill is:

All your expenses are up-front except for the labor to run the landfill and the post-closing maintenance. You need extremely deep pockets to make a new landfill. Once you have jumped all these hurdles, the hurdles become a protective moat that closes in around you creating a “Natural Monopoly”.

To understand a natural monopoly, you also need to understand a coercive monopoly. But once again the word “monopoly” either conjures images of Hasbro board games or Occupy Wallstreet protests. I’m imagining you’re in the occupy camp so crack open a Kombucha and gimme a second before you get all cranky.

Natural monopolies happen all the time. If you look on the interwebz for definitions they talk about phones being treated as utilities which, frankly, I think mucks up the water.

Natural monopolies can be separated from coercive monopolies because there is nothing keeping an entrepreneur from opening their own business to compete except economics. In our last gas station for 200 miles scenario, someone else could open another gas station if they want but there may not be enough sales in your area to support two gas stations. One will die and the other will get all the business. To be clear, owning something there is only one of is still only a natural monopoly. So a private harbor, a gravel quarry and yes, a landfill are all natural monopolies.

Natural monopolies give the monopoly holder pricing power over potential clients but the power is not unlimited. When prices rise to a certain point, the margins one can make from entering in competition start to become attractive to other entrepreneurs.

Because I haven’t talked long enough yet and just to wack at the hornet’s nest some more we’ll court controversy and talk about some coercive monopolies.

All public schools are coercive monopolies. Taxing bodies take your tuition money in advance of your kids educational needs through taxes, then they tell you you’ll only get your money back by sending your kid to the government school which is often horrible. If your kids’ school isn’t horrible it’s only because you’ve geographically positioned yourself to make sure the landfill bad school is near the poor people.

Property easements for utilities like cable tv, telephone, gas, water and electric are usually exchanged for the exclusive right to provide the service to a community. The better models of managing this can be seen with utilities. The worse actors are the cable tv and internet models. Luckily, wireless and satellite technology is disintermediating the cable operators.

Being good at what you do doesn’t make you a coercive monopoly.

I want to be clear; Amazon, Walmart, Apple, Google, Facebook, and most of the other companies you are sure are coercive monopolies are, in fact, not. Being so incredibly good at what you do that nobody wants to compete with you does not make you a coercive monopoly. At best it makes you a natural monopoly which is good and proper. Enormous barriers to entry, be they geographical, physical or intellectual, are still not coercive. Sorry. Go crack another Kombucha.

Wow. A lot of economics and not-so-much landfill pricing information.

Ok, fine. I’ve had a lot of conversations with my Waste Management sales rep about this and they have a software program that they use to price tipping fees. Here are the factors they tell me they use:

This brings me to my final point. Waste Management bought all the landfills. I mean, why leave anything to risk or fate when you can just control all the supply? To be clear, the state government is in control of the tempo with which new landfills get permitted. It’s only to the extent that they choose NOT to permit new landfills that any particular landfill achieves a natural or coercive monopoly status.

Finally, the State of Illinois DID do something about the cost of depositing soil in landfills. They created CCDD facilities which drop the distance AND the cost.

If you need support with Impacted Soil Disposal, Clean Construction Demolition Debris (CCDD), Uncontaminated Soil Fill (USF), give A3E a call. A3 Environmental Consultants can be reached at (888) 405-1742 or by email at Info@A3E.com. 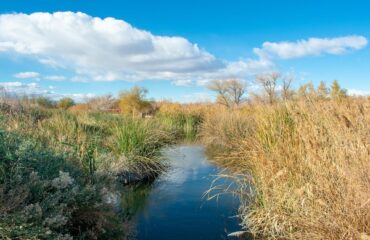 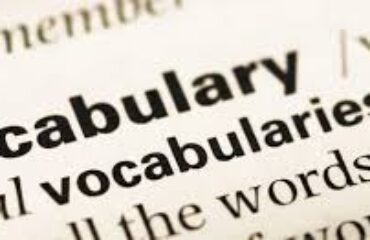 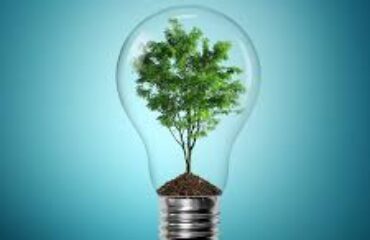 Who established guidelines for the Phase I Environmental Study? 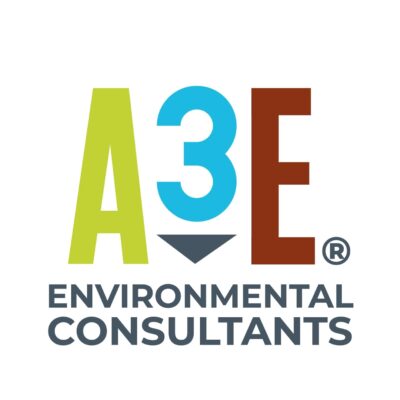