This episode is about the funding of the LUST Trust Fund or LUST insurance fund if you prefer. I know everyone hates reading budgets and yet nobody will believe me if I don’t include proof. I have included just the Illinois Environmental Protection Agency (IEPA) budget . You only have 7 pages to look through. I highlighted in red, the LUST fund and the operating budget for the IEPA LUST division.

There’s an old adage in internet news articles, when the headline ends with a question mark, the answer is always “No”. Some may find it surprising, the State of Illinois does not appear to be lacking budget.

What you are looking at here is a forty million dollar budget with only twenty one million spent in each of the last two years. They are proposing another forty million for the next fiscal year. Its shocking. How often does this happen anywhere else in the budget? Does it happen with roads? Let’s check it out. 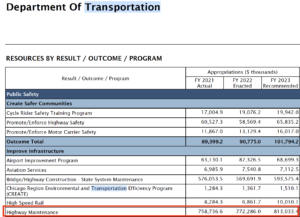 They allocated money for roads and spent all of it. Frankly they should spend all if it because if the roads needed that much in maintenance, the politicians did their jobs and funded the roads appropriately.

Is it possible the politicians aren’t taking the LUST problem seriously? Again, this does not appear to be the case. The politicians communicate with budget dollars and they have clearly communicated here. In fact, these dollars are coming from a trust fund. The money is already there. It doesn’t need to be raised from scratch.

To drive this point home harder, check out the website of the Illinois Comptroller. I will save you the time with this next picture. As of February 5th, 2022, the fund has $77 Million dollars in it. 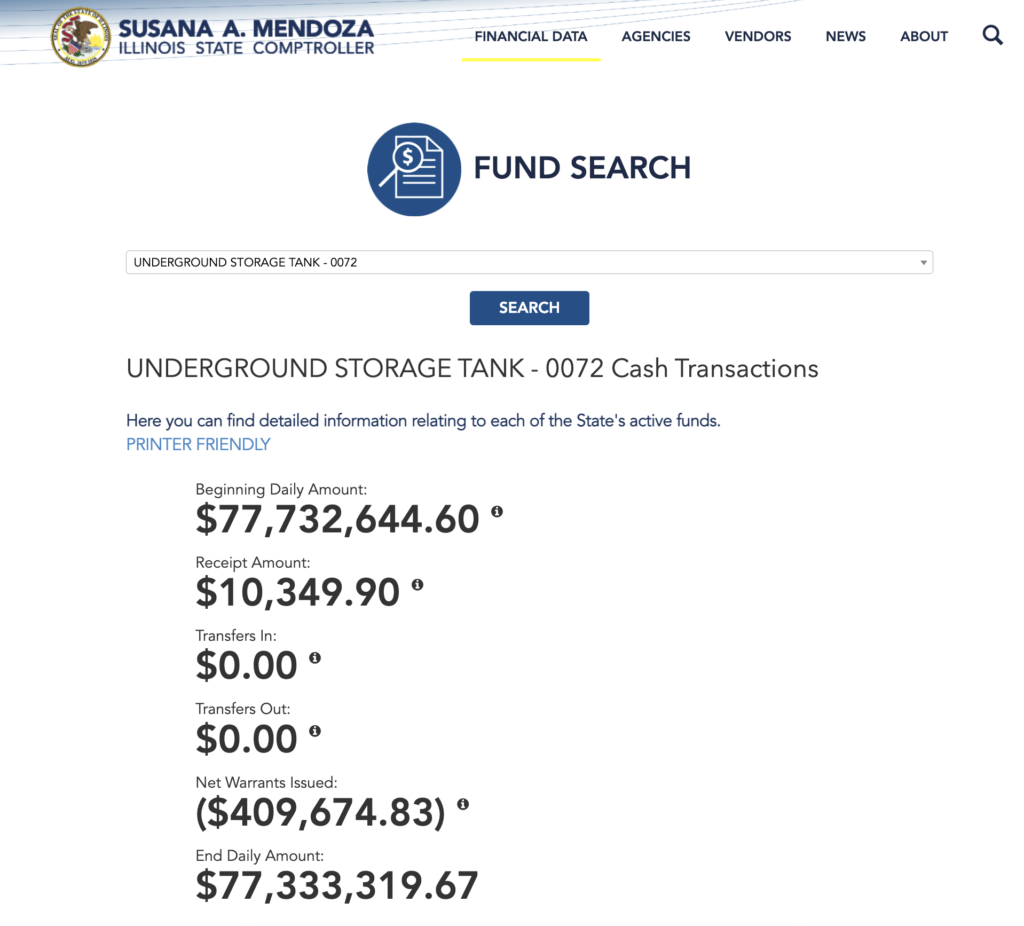 The staff at the IEPA Tank division are good people doing a good job under difficult circumstances. I’ve had some conversations with them, not about environmental science, but about the LUST problem generally. My conversations were from a business development point of view.

It is possible the money exists in the LUST Fund to pay these bills but the money does not exist to pay IEPA staff to check the work of the environmental consultants in order to reimburse them out of the fund.

I think of this like a limiting reagent in chemistry. You have a lot of one chemical (LUST fund Budget) and not a lot of the other chemical (IEPA Tank Division Labor Budget). If you can’t use the LUST fund budget to pay IEPA staff, then the amount of work you are able to do is limited by the hours in the day for the staff you can pay for.

I don’t know this is in fact true. I can only speculate but the budget appears to make the case.

What the IEPA Staff Budget Appears To Say

If the IEPA is fully staffed, the LUST fund has money to burn, why is Illinois the 3rd worst state in the nation for Leaking Underground Storage Tanks?

SRP Program or LUST Program, Which One Is Right for You? 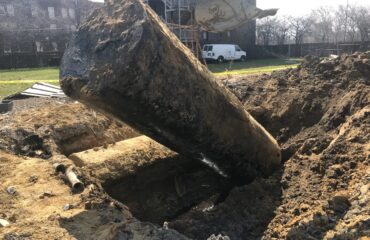