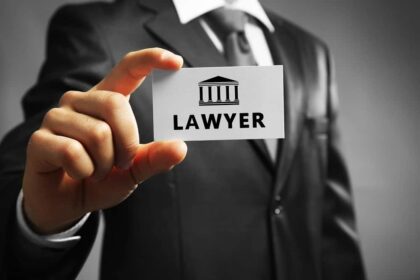 I thought this article was great information that most people in a property transaction never hear about. You can read the whole thing by clicking here.

Lenders, borrowers, purchasers, sellers, and even contractors sometimes get annoyed with environmental lawyers when we insist on reviewing Phase I Environmental Site Assessment (ESA) draft reports, looking at the underlying regulatory files, checking title reports, real property records, and contract terms, counting days to make sure that the Phase I report is not stale or expired at closing, and documenting which parties do, should, or do not have reliance rights under that report.

A pair of court cases currently making their way through the New York federal district court system illustrate why environmental lawyers fuss so much over the “i’s” and “t’s” of Phase I ESA processes.

Bank lost both the cash flow and the full value of a $3M loan (plus took on the costs of suing its Phase I environmental contractors and their insurers), because the then-applicable Phase I standard did not require the Phase I contractor actually review historic site files instead of using on-line summaries, the Phase I investigation missed historic indications of contamination at the property, and when the loan went sour, Bank filed suit three months after the statute of limitations expired.

Borrower lost all functional value of its property and the right to sue the Phase I contractor for contribution towards what could be $30 million in cleanup liabilities, because although Borrower paid for the Phase I process as part of its closing costs, the actual Phase I report was issued to Bank, not Borrower, and Borrower did not get a reliance letter entitling it to “user” status under the Phase I report, therefore Borrower has no contract rights against the Phase I consultant. Additionally, that failure to achieve “user” status also means that if Borrower’s refinancing counted as a “title transfer” for purposes of the Superfund bona fide prospective purchaser (BFPP) safe harbor defense, Borrower also misses out on the defense and is potentially liable as the current owner of contaminated property for millions of dollars in cleanup liabilities.

FOR THOSE WHO WANT TO KNOW MORE: HOW COULD SUCH A THING HAPPEN?

Bank hires Phase I consultant before refinancing a mortgage for Borrower. The Phase I report identifies petroleum RECs at the site, but nothing else. Bank hires a second environmental consultant to look at the first consultant’s Phase I report for underwriting purposes and to confirm compliance with the then-applicable Phase I professional standards (ASTM E1527-05). Second consultant confirms that the Phase I is good. Bank lends Borrower $3.225M against a property appraised at $4.3M.

Three months after closing, the U.S. Environmental Protection Agency (EPA) releases a report confirming that the property is radioactively contaminated. It turns out that a larger property containing the now-subdivided parcel at interest was used to reprocess uranium sludge during World War II, and then to refine commercial radium and uranium from 1945-1958. Several entities attempt to decontaminate the property over the years, but instead spread radioactive contamination widely across the site. Historic reports about the contamination can be found in regulatory files dating back to the 1970’s, culminating in the EPA investigation report.

EPA meets with Borrower to discuss the site contamination 15 months after loan inception. Borrower files a lawsuit under the Superfund law against everyone in its chain of title three weeks later, and includes malpractice/breach of contract claims against the first Phase I contractor. Borrower does not tell Bank about the contamination or the lawsuit for another four months. Borrower’s new environmental consultant estimates cleanup liabilities at between $4M and $30M. Borrower’s tenant closes up shop because of the contamination. Borrower defaults on its loan from Bank 33 months after loan inception, still owing $3M. Bank obtains a new appraisal for the property, which produces an “as is” value of $0.00.

Bank sues both environmental consultants and their insurers. Both consultants have comprehensive general liability (CGL) policies and errors and omissions (E&O) coverage with $1M limits. Bank is even named as an additional insured under the policies. Bank’s claims are for breach of contract, professional malpractice, and negligent misrepresentation against the consultants, and declaratory judgment for coverage against the insurers.

New York has a three-year statute of limitations (SOL) for non-medical professional malpractice which is more specific than the six-year SOL for breach of contract. Both consultants qualify as professionals, and the breach of contract and negligence claims are for violation of professional responsibilities and so are deemed duplicative of the malpractice claims. Bank’s action was filed three years and three months after receipt of the original Phase I report — six months after Borrower’s default, and two months into an interest-only forbearance agreement with Borrower. When the claims against the consultants fail, so do the declaratory judgment claims against the insurers.

BORROWER LOSES ON A MOTION TO DISMISS.

Borrower also loses a motion brought by the Phase I contractor in the separate Superfund case, and the contractor is dismissed from the litigation.

This failure to name Borrower as a Phase I report “user” (whether directly or via a reliance letter) also means that if the refinancing transaction involved a transfer of title or can be treated as such, Borrower also lost its ability claim the Superfund BFPP defense to what otherwise is strict, joint and several liability as the current owner of contaminated property. This means that Borrower could be responsible for $30 million (or more) in cleanup liabilities for wholly-past activities at the site.

DO: Check to ensure that a Phase I ESA investigation, report, and other pre-closing deliverables meet the All Appropriate Inquiry (AAI) regulatory standards so that you (and your borrower/purchaser/client) can claim the benefits of the Superfund BFPP defense. For more information about establishing and then keeping the defense, please click here.

DO: Review the terms of your Phase I contract, the laws of the state where the property is, and the law where the contract says you must file suit. In particular, check the Phase I contract for limitations of liability, shortening of the otherwise-available time deadlines to file suit, and other prerequisites to claims against the contractor.

DO: Think about the availability of insurance in the event of a mistake – can or will the Phase I contractor add you to its insurance policies as an additional named insured, and if yes, is the cost worthwhile.

DON’T: Assume that another party’s contractor, insurance, or Phase I ESA will protect you in a real property transaction. Even if your interests overlap with that other party, the AAI regulations are very strict about who must do what in a Phase I ESA process, as are contract, insurance, and common law rights in court.

DON’T: Forget that your goal is to successfully buy, sell, loan, insure, or provide services for real property transactions, not to become trapped in a Phase I gone awry.

This post was drafted by Kate Whitby, an attorney in the St. Louis, MO office of Spencer Fane LLP. For more information, visit spencerfane.com.

If you need worry-free Phase 1 ESAs, give A3 Environmental Consultants a call. We’ll work to get your Environmental REC removed with the utmost in confidentiality, we’ll meet or exceed ASTM Standard E1527-13 on any sort of commercial or industrial property. Our reports meet the requirements of all lenders and government agencies such as the Small Business Administration (SBA), Housing and Urban Development (HUD) and the United States Department of Agriculture (USDA). A3 Environmental Consultants can be reached at (888) 405-1742 or by email at Info@A3E.com. 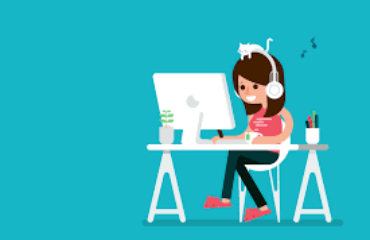 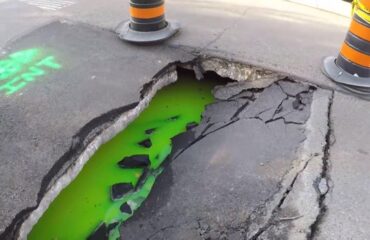